ust to get it out of the way right now: I don’t like buzzwords. They are like annoying mayflies that seize our attention but serve no useful purpose. Their intrusive buzzing makes it more difficult to formulate clear thoughts. And too many mayflies at once block our view of what really matters.

That’s why I’m not overly fond of expressions like “agile” and “4.0”. Too often people slap these terms on in front of or after everything they can think of with the idea of exuding a little disruptive transformation zeitgeist and to signal: I’ve got my finger on the pulse, and I (supposedly) have everything under control.

In contrast, I greatly appreciate the acronym VUCA – which has its roots in the US military world of the 1990s – because of its longevity and expressiveness.

The four letters stand for: Volatility, Uncertainty, Complexity and Ambiguity. Four harmless letters that really spell things out. Because they very accurately describe both the current condition our world is in, and what we can expect in exponential doses for the future – with consequences for the organisation and the individual that are as yet very difficult to predict.

We are all well aware that the environment in which we move has an absolutely elemental influence on both the strength of an organisation’s value chain, and on every employee. VUCA thus challenges us to systematically question the existing rules of successful company management – whether we want to or not.

Because: methods, structures and doctrines that secured value creation over the long term in the past, have now already become – at best – toothless tigers. In a worst-case scenario they can cost an enormous amount of energy and destroy value creation.

But what does that mean for you as a CEO, CDO or CMO in concrete terms? In a VUCA-influenced world, how is substantial value creation produced? What are the new success factors of an entrepreneurial elite that is experimenting on the very front line with courage, curiosity and a sizeable portion of pioneering spirit?

I have been engaging intensively with these questions for around ten years. The key empirical findings can be summarised in three core theses.

Why fight against something that can’t be changed anyway? That costs a vast amount of time and energy. Time and energy that we’re lacking elsewhere – where we really can effect change and move things. So one of the elementary VUCA slogans is: Choose your battles wisely. And accept that our world is volatile, uncertain, complex and ambiguous. Stop complaining about the world as it is. Instead, interpret all occurrences and events as development helpers, as invitations to develop – for yourself, as a team, as an organisation and, ultimately, as a society – taking things to a new level of consciousness that is capable of seeing opportunities in a new light. Entirely in keeping with Einstein’s thesis that problems can never be solved with the same thinking as was used to create them.

2. Haste is the opposite of fast.

When the carousel of life revolves ever faster, one runs a high risk of succumbing to bustling actionism. Fast, faster, fastest. So that at the end of the day, we can all slap each other on the back and congratulate ourselves on how much we’ve achieved in such a short time.  Without realising how much the corporate organism is overheating. And without paying attention to what truly is value creation – and what isn’t. So one of the VUCA success factors is: learning to handle speed consciously.

In this context, “consciously” means not being driven but rather deciding in a concentrated way when to step on the gas (namely with regard to decision-making and implementation processes) and when reducing the speed is time well-invested (for example when it comes to integrating people into change, strategy or vision processes). To put it another way: In those places where communication significantly boosts value creation). The time required for this is won not by working faster, but by smartly working “differently”.

Around 90 per cent of the data that exists worldwide today was created in the last two years. This volume of data doubles every year. The global knowledge society is increasingly dependent on thinking and working in networks – and realising that the individual (the individual person, individual department, individual organisation or individual nation) is not in a position to resolve VUCA challenges alone.

The future belongs to those employees or organisations who succeed in accessing official and unofficial networks as a resource, and using them for the good of society. When it comes to making the right decisions quickly, rigid hierarchies are obstructive, while clear rules and a shared understanding of the purpose of the common activity are beneficial.

Organisations that succeed in capitalising on the we-intelligence of colleagues have a lead.

They make use of a large number of new instruments. These range from hybrid role models (on Project A a person is the manager, on Project B the technical expert) to team self-organisation (for instance, the team leader is elected by his colleagues), to more effective steering instruments (collective goals replace individual goals) through to innovative decision-making methods (effectuation, consultative individual decision-making, etc.)

New rules for a new time: VUCA throws the existing rules of successful corporate management overboard. And invites us to successfully shape our future according to new rules with curiosity, passion and the gift of truly listening. In keeping with Karl Popper’s thesis: “Instead of posing as prophets we must become the makers of our fate.”

Let’s embrace VUCA and make the best of it – together!

For anybody who wants to explore this matter in greater depth, I can recommend the following VUCA classics (in german):
•    Reinventing Organisations by Frederic Laloux (2014)
•    Organisation für Komplexität by Niels Pfläging (2014)
•    Denkwerkzeuge der Höchstleister by Gerhard Wohland und Matthias Wiemeyer (2007) 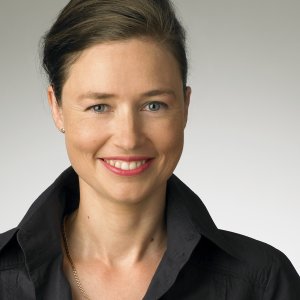 Karin Maria Schertler Transformation challenges of all kinds are close to my heart. The more complex, the better.

Serviceplan, Europe’s largest and most successful owner-run agency group with more than 3,500 members worldwide, is my area of activity. As a member of the holding management and head of the internal management consultancy with a focus on process design, IT systems and organizational development, I am driven by a passion for outstanding value creation. 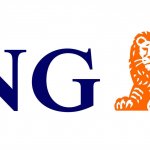 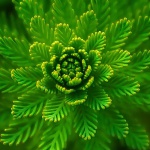